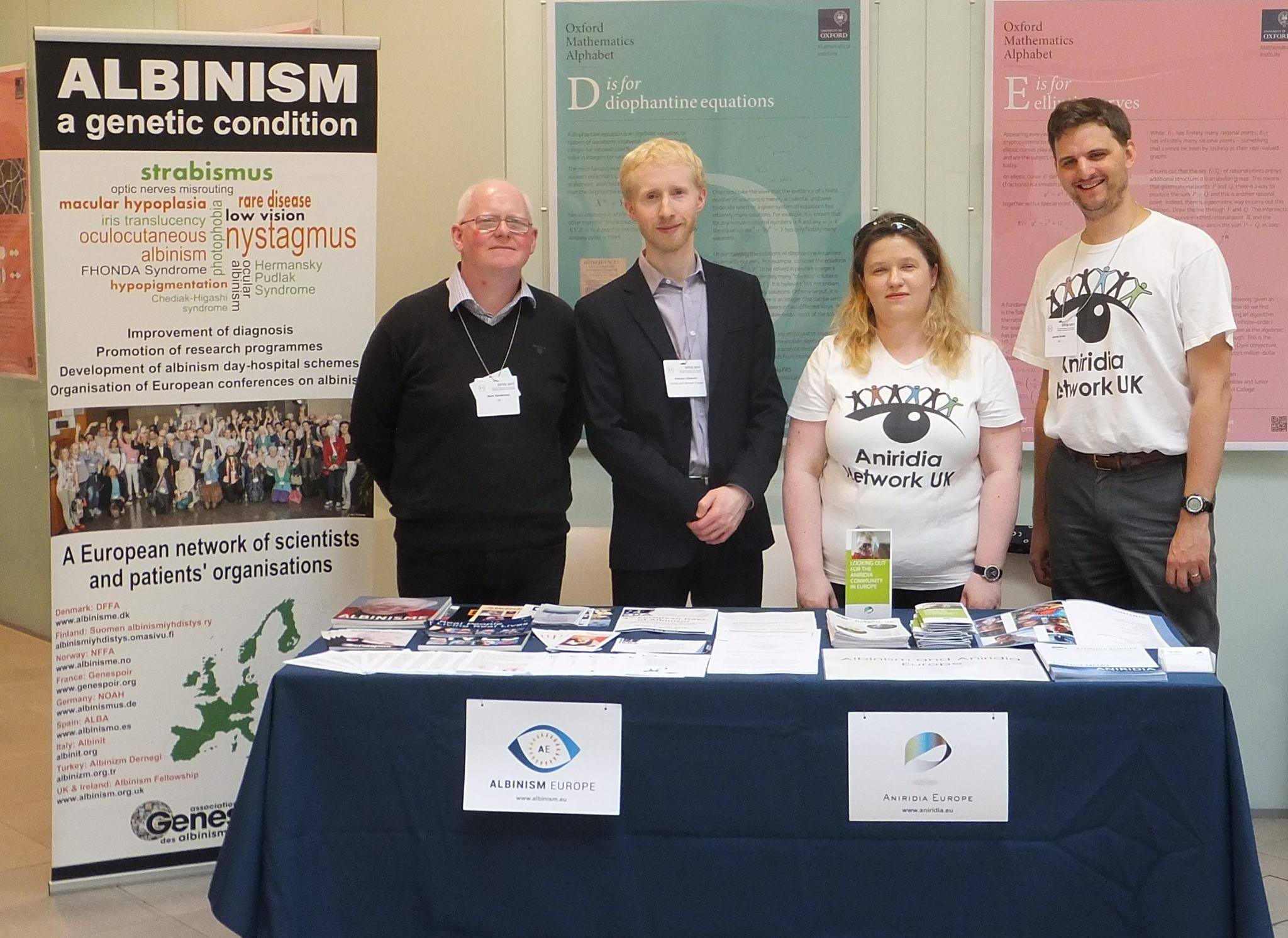 Katie Atkinson and James Buller, from Aniridia Network UK, represented Aniridia Europe as well as their own organization at the 43rd Annual Meeting of the European Paediatric Ophthalmological Society (EPOS) in Oxford (UK), from 31st August to 2nd September 2017.

Aniridia Europe shared an information booth with Albinism Europe, represented by Antoine Gliksohn, and was also joined by Mark Sanderson form the Albinism Fellowship (UK albinism association). Our representatives distributed Aniridia Europe brochures and flyers and had the opportunity to meet many doctors, especially from smaller countries where there is not already an aniridia association.

Although there were not any talks directly relevant to aniridia, we met professionals taking care of children with low vision, among them children with aniridia, and we could learn about a new genetic test called NGS (Next Generation Sequencing) on genes which can be connected to nystagmus, including the PAX6 gene.

The meeting was also a way to be in contact with doctors belonging to the RED ERN (Rare Eye Diseases European Reference Network).