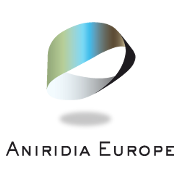 Aniridia Europe was formally established on September 25th 2011 and has its seat in Norway.
The European Federation of Aniridia Associations – Aniridia Europe – promotes research, exchange of knowledge on aniridia and empowers patients with aniridia throughout Europe. With the development of this Federation, we are removing barriers both physical and of knowledge, we are expanding our activity scope, creating links between European health professionals and patients, as well as raising awareness on our rare condition, says Rosa Sanchez Vega, the new President of Aniridia Europe.
Aniridia Europe was founded by representatives of sixteen European countries whereof eight national aniridia associations from Norway, Sweden, France, United Kingdom, Italy, Spain, Germany and Finland. Further we have aniridia networks and contact persons in several other European countries and we vision in future aniridia associations throughout all Europe, says Neven Milivojevic Vice-President of the Federation.
One of Aniridia Europe’s objectives is to have a scientific committee, in which different expert doctors and researchers on aniridia from each member country participate. This will facilitate the development of European research projects and European conferences on this rare condition. The First European Conference on aniridia is organized in Oslo, Norway 8-10th of June, 2012.