Updates about the AAK-INSIGHT project

Professor Daniel Aberdam (INSERM, Paris, France) has kindly sent the figure you find below to summarize the effort of his team together with other groups of scientists to identify and validate small compounds that could become novel therapeutic tools to treat aniridia-associated keratopathy (AAK). The two drugs they have found in collaboration with the Tel Aviv University (Blavatnik Center) are now tested by them and several EU partners in vivo on mouse models under an EU grant, the AAK-INSIGHT project: “Aniridia – Novel therapeutic tools to treat or prevent progressive cornea opacification”, coordinated by Prof. Neil Lagali (Linköping University, Sweden).

These are the four steps described in the figure:
1. Aniridia patients produce half the amount of PAX-6 protein needed for proper eye function. This is responsible for progressive keratopathy (AAK).
2. The scientists produced a cellular model that recapitulates AAK by mutating one PAX-6 gene on limbal stem cells. They showed altered function of the mutant cells.
3. This model allowed them screening for small compounds (medications) that increase the production of PAX-6. They identified two anti-psychotropic drugs (Duloxetine and Ritanserin) that restore PAX-6 protein amount and function of mutated limbal cells.
4. The therapeutic potential of these two molecules are tested on animal models of anridia by several european partners under an EU funding network (2021-2024). If these drugs prevent or reduce AAK and do not induce toxicity, clinical trials will be scheduled. 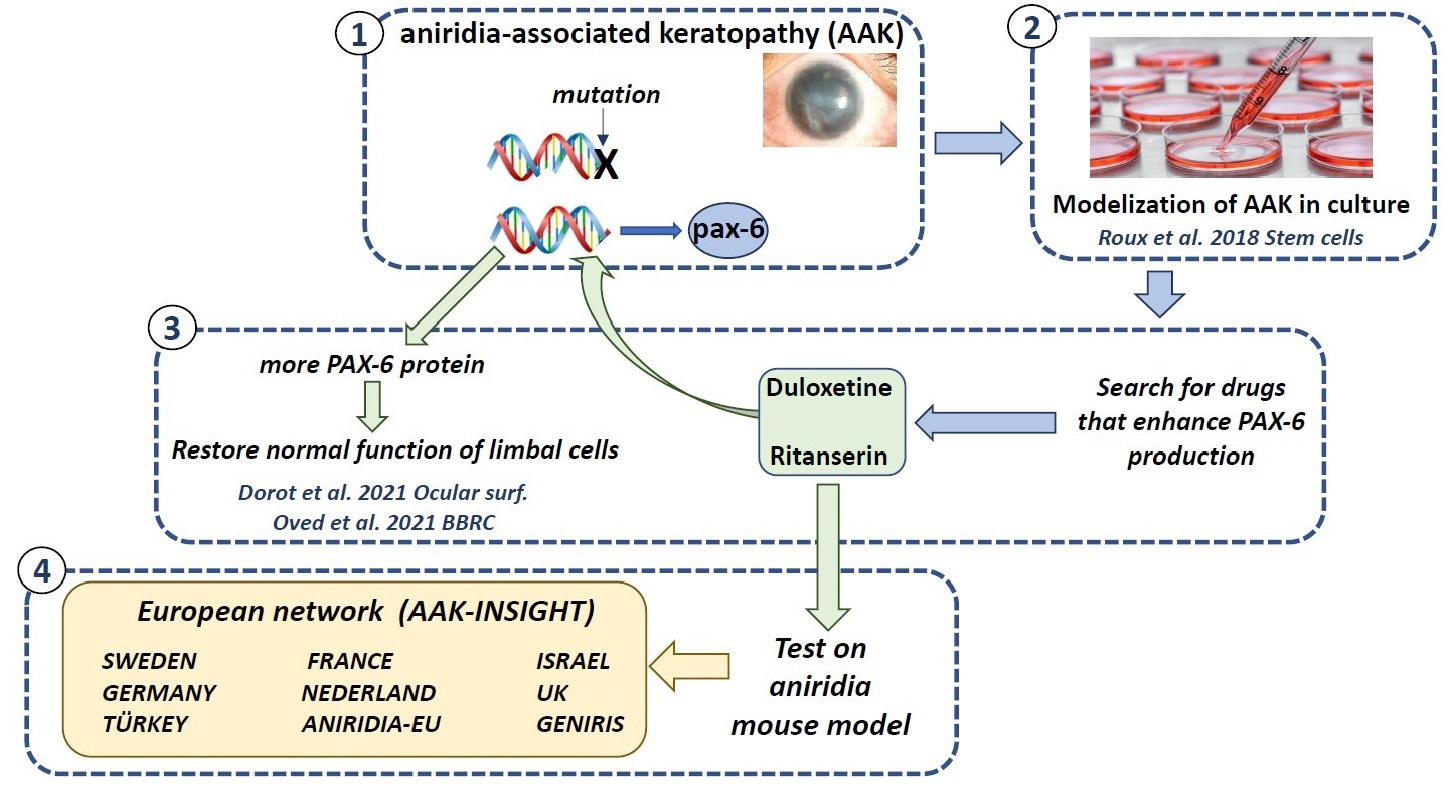